Rice cookers are present in almost Asian household but it should be in everyone’s home. Why? Because it is an appliance which will make your kitchen much more efficient. While some may argue that it’s not necessary unless you eat rice on a daily basis, the truth is that a rice cooker will afford you more time, more options and less hassle.

Contrary to its name, a rice cooker is not just useful in cooking rice, it can be used to cook a myriad of things and even entire meals such as the tomato and Spam meal or KFC steamed rice. Believe it or not, it can also be used to steam cakes, make overnight oats… Honestly, the possibilities are endless. All you need to do is simply google “rice cooker recipes” and you’ll be amazed at all the dishes you can make. The best thing about it? You can just dump everything in and call it a day, which brings us to the next point.

One of the things that make rice cookers so appealing is that it’s convenient. You can load it up and forget about it, and your rice will be kept warm long after that. Modern appliances come with timers so you can actually tell the rice cooker when to start cooking the rice, which means you can load it whenever you’re free and come back at mealtimes to perfectly cooked rice. This is great for busy housewives and families that don’t all get in at the same time. The same cannot be said if you’re cooking rice on the stove – you’ll have to keep an eye on it and prevent it from boiling over, which can prove hazardous if you have a small child you need to attend to. Also, if your family member gets in later and the rice has cooled, they will have to reheat it, which doesn’t taste as nice. Also, a rice cooker will free up a burner which is great when you’re cooking for a larger crowd or party.

While the above might sound like you’re describing a kitchen favorite, the slow cooker, the truth is that they are not the same thing. A rice cooker brings water to a boil much faster than a slow cooker, which dispenses heat evenly and slowly. Generally, you’ll be waiting anywhere from 2-4 hours for your food to cook in a slow cooker, whereas with the rice cooker, you can be ready to eat in less than an hour. Furthermore, it doesn’t make the same dishes, but rice cookers are perfect for those who are short on time or simply aren’t interested in watching the clock on an empty stomach. 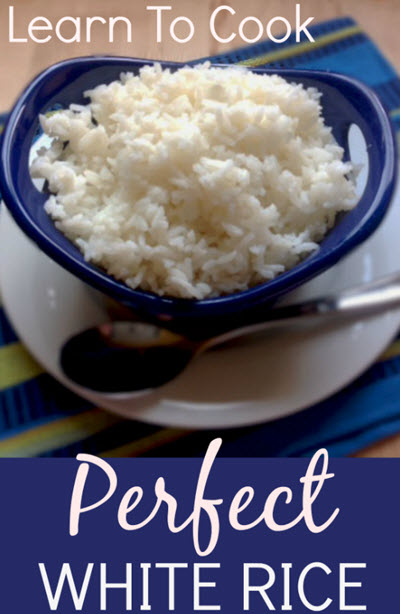 Your rice will always be perfect

As long as you follow the instructions and water-to-grain ratio, your rice cooker will always yield beautifully fluffy rice. This means that you will never have to eat under-cooked rice or scrape burnt bits off the bottom of your pot ever again. It is definitely a good investment for those who are not blessed in the culinary department.

Tips to Host Wine Tasting Parties in Your Home

Who does not love to have a glass of wine in their hands and to  just chill, chit chat and…